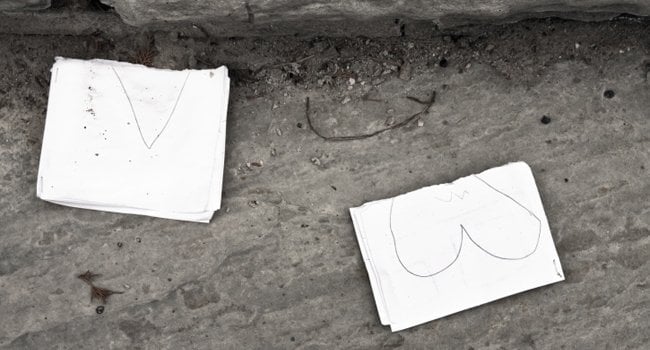 A useful guide to writing a break up email

Neil Sedaka was right, breaking up is hard to do. It’s better to do it in person if you can but sometimes circumstances mean that you have to write the bad news in an email

There are some situations where it simply isn’t possible or advisable, to break up with someone in person. Maybe you’re in a long distance relationship, perhaps you’re scared your partner will have an extreme reaction such as getting violent, or it could even be that you’re so angry you’re worried you’ll lose your composure and do something you may later regret (if you’re very angry with someone it’s best to have a 3 day cooling off period before you write).

Below are some guidelines to help ensure that your email is a gentle let down rather than a virtual letter bomb which could blow up in your face.

First ask yourself if you’re taking the coward’s way out?

If there’s a way to have this conversation face to face then it’s kinder and more respectful even though it’s harder to do. By telling them in person you’ll see the effect your decision has on the person, which is hard. Only choose to break up by email if it’s the only way to do so or if you’ve only been on a few dates with someone

Take time to compose your email

So that it says clearly what you want it to say. Remember emails are a permanent record and can be re-read many times and by different people. With the written word people also read between the lines and infer meaning where you may not have meant it. How you write it may not be how they read it.

Don’t say anything you wouldn’t want others to read

Your soon to be ex might enlist the opinion of others to decipher your message.

Stick to the facts

Not fantasy or things you imagine they are thinking or feeling. Facts are the things that you actually know are true rather than things you suspect or worry about. It’s time to get really honest about why it is ending. You need to be clear about this yourself before you can tell someone else.

Stay with your feelings rather than attacking them

When someone feels attacked the natural response is to defend, however make sure you begin sentences with ‘I’ instead of ‘you’ e.g. you could say, ‘I feel lonely in this relationship’ rather than ‘You never pay me any attention’.

You don’t want to get into an email argument. If this is really a break up email it should be a closed letter that requires no response. If what you want is a chance for you to talk about the problems in the relationship say that rather than ‘it’s over’.

Take the other persons feelings into consideration

Don’t send an email that they’re going to receive when they’re in an important business meeting or at their Gran’s funeral.

Take into account how long you’ve been seeing each other

Avoid trying to enlist their sympathy

You won’t get it, you’re dumping them.

You don’t need to justify your decision just be clear about what it is.

Express some gratitude for what you had together

But not too much otherwise you might leave them wondering why you’re breaking up with them.

Avoid making ambiguous statements like ‘It’s not you but me’ or ‘I still love you but ….

You’re not opening a dialogue or negotiation.

Be prepared to lose this person from your life forever

Wish them the best and mean it.

These guidelines are for a no-going-back breakup email. If what you’re hoping to do is force the other person to change or push the relationship forward then you really need to be having a face to face conversation rather than sending an email.