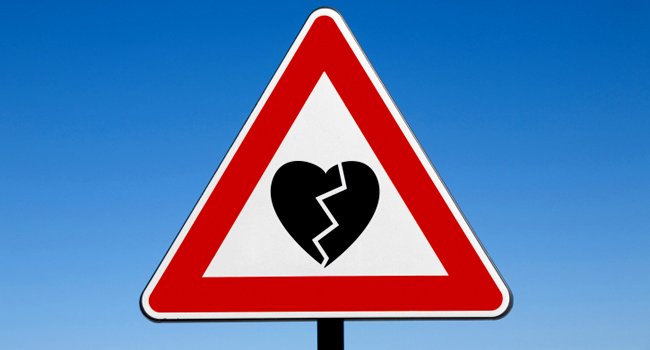 Meeting Mr Wrong: Seven Losers To Look Out For

They say you have to kiss some frogs before you meet your prince but how do you spot the pond dwelling losers from relationship royalty? Sloan Sheridan-Williams, relationship expert and life coach, explores.

In the search for Mr Right, it is inevitable that you will date a few Mr Wrongs but it isn’t always easy to know the difference in the early stages of dating. If you’ve been hurt in the past or know a friend who has been cheated on then it’s understandable that you might have your guard up. So when that tall, dark, handsome guy catches your eye, how can you tell the difference between an overactive imagination and the red flag warning sign that this man is not the one for you? What constitutes paranoia in the early phase of relationships? Wasting time on someone who is not worthy of you is like engaging in the seven deadly sins and should be avoided. So here are the top seven loser dates to look out for and the red flags that give them away. Conversely there are the top seven crazy women to avoid too but that’s another article!

A laid back date can seem relaxed and easy going but if he is too laid back and doesn’t feel the need to conform to time constraints then your frustration and impatience could signal that you’re dating Mr Neglect, a man who is unreliable, never takes commitments seriously and thinks everyone else is wrong to conform to society’s expectations. At work he happily follows time schedules but believes there is no place for deadlines at home. He rarely returns your calls and it feels like you are always chasing him trying to pin him down. However he gives you mixed messages to keep you hanging around and explains his discourteous behaviour as “just his way”. Even his friends admit that they can’t depend on him as Mr Neglect always takes things as they come and never plans things too far ahead. He complains that his past girlfriends were too uptight, too controlling or wanted too much from the relationship. When you’re together, Mr Neglect tends to put his needs and wants above yours with no regard for your comfort or happiness. Any attempt from you to address his lack of commitment results in him accusing you of being suffocating and needy.

We all like knowing something others may not as it makes us feel significant and special but if your date is quashing your self-worth to elevate his then it is a big red flag that you’re dating Mr Wise Guy. By placing his intelligence higher than yours, he is clearly demonstrating that he is not a balanced individual. Mr Wise Guy will never accept that you know more than him on any subject (especially one he knows he is familiar with) and he will correct or argue with you, even on a topic which you consider yourself more knowledgeable and experienced. This man distains authority thinking he is better than authority figures and he quite blatantly ignores accepted protocols and behaviour. If you climbed Ben Nevis then he has climbed Mount Everest… twice!

Some men (and some women for that matter) find it difficult to remain faithful. Mr Deceiver has usually been unfaithful in past relationships and is rarely single for long often dating someone new immediately after the previous relationship. He needs to be in a stable relationship in order to feel the thrill of cheating. There is a lot of innuendo and sexual banter early on in his conversation however this man is not crude and comes across as charming and funny as he draws you in further and further into his web. Mr Deceiver tends to be secretive, getting lots of texts when he’s with you but not commenting on them, he always looks at other women and seems to keep you away from his friends as much as possible. When he introduces you to people he calls you a friend not a girlfriend however he knows when to turn on the charm to keep you sweet. Mr Deceiver gives in easily to temptation and often puts himself in tempting situations almost on purpose. This loser date wants what he wants when he wants it and nothing will get in his way, least of all morals or conscience.

When it comes to dating, there is a difference between boasting to put your best foot forward and constant bragging as a way of life. The name dropping Mr Peacock tends to brag about his friends, his possessions, his lifestyle and his status. This man will aim to impress you by taking you on dates to the trendiest or most expensive places. His showing off is often the result of being brought up in either a deprived or abundant household. Like his namesake, Mr Peacock struts around on display for all to see lacking modesty and humility. His conversation sometimes seems like an unending monologue of how wonderful he is while his stories place him as the winner of every encounter and by boasting about himself he invariably puts other people down through necessity. To avoid paranoia you can allow a few instances of bragging to slip in during the first weeks of dating but you are looking for this behaviour to lessen as time goes on. If the boasting and showing off continues into the relationship then you’re looking at a huge red flag telling you that Mr Peacock needs to be plucked out of your life.

Mr Gigolo often doesn’t feel the need to hide the fact that he’s a player who is out to get as many notches on his bedpost as he can. Mr Gigolo is a ladies man but also a man’s man. He is good looking and full of clichéd compliments but he also likes to party hard with his male friends as they make bets on his success with women. Mr Gigolo has a string of ex-girlfriends all of which he had very short relationships with and he was often the one who ended things. He is known for having wild times in the past and has always dated popular pretty girls. This dashing charmer spends a lot of time on his appearance, his hair is always perfectly groomed and he dresses impeccably so it’s no surprise that even his family is into appearances and superficial looks. He’s the bad guy that women tend to be inexplicably attracted to even though they know he’s not going to treat them well. Deep down you know that Mr Gigolo is ultimately wrong for you no matter how fun he is to be around or how good he makes you feel.

Mr Hero is an enabler who craves the warped security of a co-dependent relationship. The relationship starts well with him being helpful and supportive, giving you useful advice or helping you with small tasks but soon he gets more involved arranging for things to be done for you without asking first, buying you things he feels you need or even offering you money. You are not the only one he rushes to rescue. He cancels seeing you to help out friends in need who depend on him, he is still close friends with his ex-girlfriends helping them out with problems, he fits you in around apparently urgent jobs he has to do for others and he spends too much time at work possibly volunteering for extra hours. All the while Mr Hero expects you to be appreciative of his inappropriate offers of help and gets upset if you haven’t been suitable gracious in your acceptance.

Everyone likes to feel protected but Mr Possessor takes it to a whole other level and he is not just possessive but overprotective, over controlling, overbearing and extremely intense. Dating him starts off normally and there is little indication of the depths of his jealousy but what begins as a preference for old fashioned gender roles descends into much worse beliefs. He doesn’t believe that women can have platonic male friends, he is obsessed about men stealing girlfriends and uses derogatory names when talking about women. He is quick to anger, getting into an argument with a man for looking at you and starting a fight with a guy saying he was protecting your honour. His problems with jealousy and paranoia lead to behaviour and comments which demean and belittle you, reducing your self-esteem. These jealousy issues will get progressive worse over time so it is good to shut the door to him earlier than any of the other red flag dates.

As with most relationships if you have to question it and there is doubt that in itself is the biggest red flag of all. If you have dated these boyfriends in the past and want to avoid a pattern repeat then look out for the above tell-tale signs. Dating is fun, so cast these men free and dip your toe back in the dating pool. The quicker you get at recognising them and letting go, the quicker you will find your perfect partner.