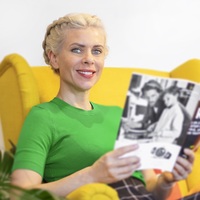 Rachael Lloyd is eharmony’s in-house relationship expert and a trained life coach. She is passionate about empowering singles to not only find meaningful relationships, but get the best out of the dating experience. A naturally inquisitive and gregarious child, she grew up wanting to be a pop star or psychologist, but instead did the next best thing and became a journalist. While her early career was spent focusing on general news, she later specialised in rich psychology-based stories. She also spent six years in Sydney, Australia where she was a regular TV panellist on a current affairs show. Since joining eharmony in 2016, and learning all about relationship science and compatibility, she has been a guest on Sky News as well as Radio 4’s Woman Hour, Talk Radio and a range of BBC radio shows and dating podcasts.

Future of Dating: the rise of ‘ebabies’ and digital families

Swipeout Point: how long does it take to decide if you fancy a match?

Love in lockdown – how it turbo-charged our relationships

It’s not me, it’s EU! The Brexit effect on love and dating