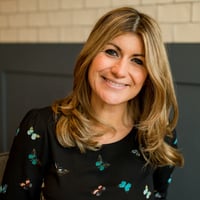 Charly Lester is one of Britain’s leading dating experts and writes for eharmony as an 'agony aunt', answering members' questions on dating online, relationships and the dilemmas of being single. She is founder of the UK Dating Awards and the former Global Head of Dating at Time Out, Charly’s advice has appeared in national newspapers and she regularly guests on Radio 4’s Woman’s Hour. She has also appeared as an expert advisor on the BBC's The Apprentice. Charly is an Ambassador for charity ‘Survivors Manchester’, which supports male survivors of rape and sexual assault. She cycled to Land’s End to John O’Groats in 2016 and completed her first IronMan in 2018 in aid of the charity. Charly is a Community Governor for Kendrick Girls’ School in Reading, and on the advisory board for the Media and Digital Communications Masters Degree at Regent’s University.

What not to do on a first date: 10 things to avoid

Dear Charly: what should I do when a match stops replying?

What does a second date really mean?

7 steps to recover from a bad date

Why autumn is the best time to date

How to deal with a date when there’s no chemistry

Why summer is the best time to date

A beginner’s guide to making the most of being single

How to cope with too much choice when dating online