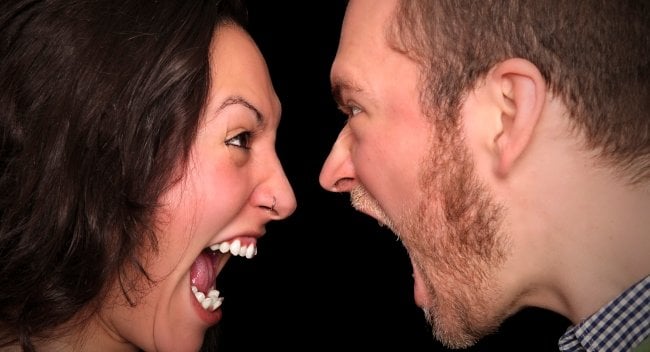 Does revenge make you feel better?

If someone hurts or betrays you it’s natural to want to hurt them back. An eye for an eye and a tooth for a tooth, but does revenge actually make you feel any better?

Sometimes, when someone hurts or betrays you, you may feel as though you’d like to hurt them back. However, does seeking revenge actually make you feel any better?

When we’re hurt, it can be a natural human response to want to hurt back. The instinct for vengeance arises in many people, but not everyone will act on it. Does it actually make you feel any better to hurt a person who’s hurt you, or are there healthier ways to respond?

There’s often an initial reaction to lash out at someone who’s hurt you. It’s a defence mechanism which develops when we’re very young and helps us protect our personal boundaries. Sometimes this instinct arises from a desire to teach the other person a lesson but it’s also an attempt to make yourself feel better.

The person who hurt you was probably in pain themselves. Maybe you weren’t the one who inflicted the initial injury, but at some point they’ve been wounded. Maybe it was by a parent or previous partner, either way, the wound has remained unhealed. Their pain is then acted out in their relationship with you.

Knowing this can help you see the person who hurt you with compassion, which will diminish the desire for revenge. By resisting the urge to cause them further injury, you’ll be the bigger person and won’t have sunk to the same level. This places you in a stronger position to defend yourself from any future attempts to hurt you.

Revenge is a dish that is best served cold

When we’re emotionally involved with someone it’s easy for love to turn to hate. They’re both just opposite sides of the same coin though. When you feel betrayed and obsessed with how to get even, you’re still locked in an emotional relationship with that person and the flames of passion burn bright. While you’re in this mind set, the other person still has the power to affect your life and future relationships, even if they’re no longer in it.

The opposite of love is indifference. By letting go and getting on with your life you’ll heal quicker and leave the other person to live with the consequences of their actions. Don’t let them live rent free in your head or affect your ability to love and trust in the future.

Part of the reason people seek revenge is to teach the other person that they cannot treat them that way. They think that the only way the person will learn, is to experience the same pain themselves but actually all that does is keep the pain alive for both of you.

If a man has an affair and his wife retaliates by having an affair herself, then the chances are that the relationship will end painfully because they’ll both lose trust in each other and respect for themselves.

If, on the other hand, she was very clear with him that monogamy was sacred to her and has strong personal boundaries, she will probably divorce him. She will be hurt but free to move on and build a new life for herself. The man is left with the consequences of his own actions and is less likely to stray in future relationships having lost someone important to him.

No relationship is without pain and difficulties. As a couple grows together there will inevitably be times when they hurt each other. It’s part of learning about what is, and isn’t, acceptable within the relationship. For a relationship to flourish there needs to be acceptance on both sides that each of you will sometimes make mistakes. Talking it through and being clear about your feelings are important parts of intimacy. Forgiving is a necessary part of this process and is much more beneficial to the relationship than revenge.

Sting in the tail

Revenge may give you a temporary satisfaction but it can have a vicious backlash. If you hate what someone has done to you, doesn’t it inevitably follow that you will hate yourself if you do the same to them?