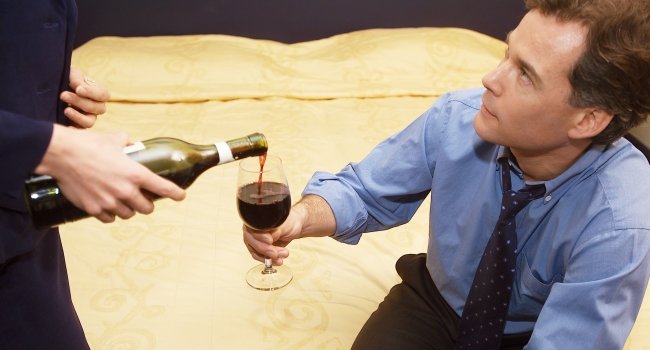 Is it true, once a cheat always a cheat?

If a match tells you they’ve cheated on a partner in the past should you assume that they would do the same to you and give them a wide berth?

If a match tells you they’ve cheated on a partner in the past should you assume that they would do the same to you and give them a wide berth?

No-one wants to walk into a relationship if they believe there’s a high chance that they’ll be cheated on. This is especially true for people who’ve been betrayed in the past. How people behave in intimate relationships is often a complex mixture of their own history and values and the relationship and circumstances they’re in at the time. There are some behaviours that have more to do with personality types than situations but does infidelity in one relationship naturally point to it happening again in a new relationship?

If a match owns up to having cheated on a partner in the past it’s a sign that they’re being open and honest with you. What you do with that information is up to you. Some people will assume it means that they’re untrustworthy while others will take the time to find out more.

Infidelity occurs for many different reasons but almost without fail it happens when someone is unhappy in a relationship. Whatever the reasons, that unhappy relationship did eventually come to an end and the person is ready to make a new start.

Ask questions if you need more information to help you understand the context in which the cheating happened and the consequences for your relationship going forward.

Have they taken responsibility?

When someone admits to cheating it is usually followed by some kind of explanation. A crucial point to listen for is whether or not they’ve taken responsibility for their behaviour – do they blame their partner for not fulfilling them in the relationship perhaps through a lack of attention, physical intimacy or understanding? If they lay the responsibility for their behaviour at someone else’s door there’s a high possibility they’ll do the same in the future if they feel their needs are not being met.

Have they legitimised the affair?

Do they think that they did something wrong? In order to live with the consequences of their actions many people become proficient at legitimising their behaviour to themselves. They may be so good at it that by the end of their explanation you too feel like they were a victim of circumstances, couldn’t help themselves, were forced into a situation, or some other excuse which makes the wrong they did right.

Whenever anyone cheats on their partner there are many different things at play and it’s impossible to tarnish everyone who’s ever cheated with the same brush. Breaking contact with a match because they confess to having cheated in the past might mean that you miss the possibility of a good connection with someone who’s more emotionally evolved as a result of their experience.

Writing for Psychology Today Jay Kent-Ferraro, Ph.D.  says ‘not trusting someone who has cheated in the past is really a defence mechanism and it’s purpose is to protect you from getting hurt by never trusting anyone again. Don’t do that! Instead, get smart by understanding what drives someone to betray and determining the “purpose” of the affair.

His article “Once a Cheater, Always a Cheater… Maybe Not” he outlines all the different types of affairs people have and the purpose behind them. According to his experience many people – apart from sociopaths, narcissists and sex addicts – can move on from having cheated and learn and grow from the experience if they have the capacity for self reflection and take responsibility for their actions. The pain of the affair is in the deception so perhaps someone who has cheated before, and experienced this pain, is less likely to cheat on you in the future.