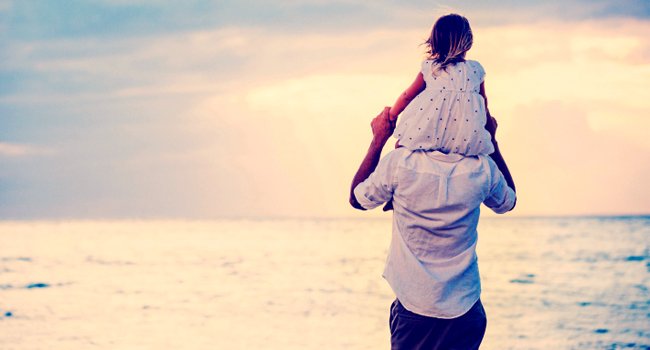 15 reasons to date a single dad

Having children changes a man – almost always for the better. If a guy says he has children don’t let it put you off dating him. Consider instead the ways his little ones will have shaped him into a more rounded person. Here are 15 reasons to date a single dad.

1. Single dads use their time wisely

They know that life is too precious to spend it playing video games or noting down the class types of passing trains.

It’s all part of being a parent, but it’s a very useful character trait when it comes to getting to know someone too.

3. A single dad knows that in order to be loved, you must be willing to love

4. He’s looking for a good woman

When you have children, you know your date may have to play a part in your child’s life eventually – he’s sure to value loyalty and commitment over shallower qualities.

They won’t tell fart jokes to your parents but they might want to play on the swings at the park!

Okay it’s obvious, but you don’t need to wonder if he’ll be a good father, you know he is.

Single dads know that letting people down has big consequences.

9. He has a great sense of humour

Well, dad jokes may be cheesey but if  jokes like “What’s ET short for? Because he’s got little legs!” make you chuckle then you may have met your perfect guy!

Even the most macho dads can be tenderhearted nurturers when the situation calls for it.

Just as fast as kids (or anyone else) can break them.

Nothing helps someone ‘grow up’ faster than a dependent child.

Date a single dad and you can unashamedly visit theme parks, go to the zoo, slide down slides and sit on Santa’s lap. Okay, maybe not the last one.

Small person chat can be a teeny bit repetitive, so you needn’t be afraid to talk philosophy or poetry.

15. You may find more than one person to fall in love with

Taking on someone else’s children long-term is a huge responsibility, but it doesn’t mean you won’t love them as if they were your own.