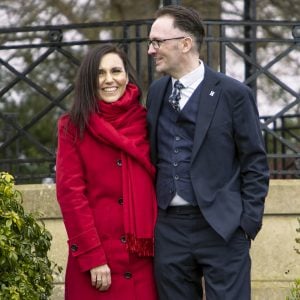 We met on eharmony in 2013. I wanted to meet someone special, but it was so difficult being a single mother. I’d been with my ex for 12 years and I was starting all over again. I was at that stage where I felt a severe lack of confidence, thinking ‘who’d want someone like me, with baggage?’

It was bizarre dating again after so long and I felt like a fish out of water. However, I am so happy I didn’t give up. I sent Chris an icebreaker and waited, hoping for a reply. I was so happy when he did. I genuinely never thought I would meet someone like him. We had so much in common – he was also a parent, with a young daughter.

We were married a year after matching on eharmony and our daughter was born in 2015. I know that whatever life throws at us, I can count on him to stand beside me. It is possible to find the love you have always dreamed of, don’t give up!